Gskyer advertises this Gskyer 130EQ as their “professional” telescope. I am not sure what profession that is supposed to be, but it is still their nicest telescope, and most expensive. Let’s take a look and see if it is worth their asking price.

I really need to divide the review into three sections as there are some very good, and not-so-good parts that I think need to be addressed individually. I will start at the telescope’s top and work my way down with the accessories being last.

The tube itself is pretty well done. The optics are better than I thought they would be and the collimation screws on the back of the tube are first-rate for something in this price range. Views were bright and clear and the focuser worked very well.

I liked the standard dovetail mount for the finder as I am one that always uses a specific finder on all his scopes so this made it easy to swap out with one of mine. I also liked the rings and dovetail for the main optical tube as this would make it easy to put the tube on one of my other mounts.

The focuser was interesting. It is not often I run into a single-speed Crayford, let alone on a telescope that fits into the budget category. It is obviously a cheap version of one but it works well nonetheless. Fine-tuning is easy and smooth, even at high magnifications.

I really wanted to like the mount as it looks like either a really beefy EQ2 or a slimmed-down EQ3. I kept referring to it as an EQ2.5 as that seems to be what they were aiming for. This seems like a perfect spot to aim for a telescope this size, with a good balance between stability and portability.

The problem is, it isn’t.

The mount has more wobble than a two-year-old tippy-toeing to get to the cookie jar. On more than one occasion I had to go play with one of my, visually much lighter weight EQ2 only to find that the anemic EQ2 was much more stable. I never did figure that one out, for all the metal it flexed like a rubber band. Very disappointing.

My other complaint with the mount is that no matter how hard you tighten everything down (by hand anyway) you can easily make the mount move. I tested this on my various other EQ2 and EQ3 mounts and they did not suffer this issue. The locks were all but useless.

Now we are back to something I like, the tripod was extremely stable for something in this price range. That doesn’t help a whole lot when the mount is a bowl of jelly, but it tries. My only concern might be that the tighteners for the leg extensions are plastic but this is not unusual in telescopes costing more than this one.

Accessories are always a mixed bag, and this telescope is no exception. The eyepieces are probably slightly below average. They could have really done well here if they had included a reasonable 25mm and 15mm Plossl and left the 10mm and plastic junk 3x Barlow out, but that eliminates selling points.

Everyone wants a phone mount to take pictures these days, and the phone mount with this telescope is actually pretty nice. That is until you realize it only works with their rather junky eyepieces so if you upgrade eyepieces you need a new phone mount too. While that is not a huge expense, it is a bummer.

I really do like the Bluetooth wireless remote to snap pics with your phone. Most beginners ruin their images by touching the phone which makes the whole telescope vibrate, this little gadget eliminates that problem. It is very fast and easy to pair and use, very nice.

Overall the telescope is like most scopes out there, good and bad. I wish there was a perfect scope, well one without Takahashi in the name and the price tag you expect to see at a car lot anyway. The truth here is that despite its shortcomings this telescope will provide some excellent views. I think the price is a little high for it, but it is not completely out of the reasonable range.

If you are patient and careful with the wobble, the optics, especially with upgraded eyepieces, will deliver some really impressive nights out under the stars.

Are there better telescopes than the Gskyer Sky Explorer 130EQ? Depending on what you are looking for, absolutely! Here are a few of my favorites:

The PowerSeeker 114EQ from Celestron is a classic. The older model of this is what I started with, and it is still a fine scope all these years later. For less than half the price of the Gskyer you get 80% of the telescope, with the addition of US-Based support.

Don’t let the cheap price fool you. This is an excellent value for the money. They save a little money on cheap accessories and a smaller mount, but the optics are still very good for something in this price range. If you decide that you enjoy astronomy you can upgrade the eyepieces to something a little nicer, get you a planisphere, and spend years with this scope.

I have never shied away from saying I like Orion products, and this is no exception. The Orion Observer 134mm EQ Newtonian kit is about the same price as the Gskyer 130EQ but has some serious advantages:

You will get far more out of this than the Gskyer, in quality, in support, and with the documentation included, in usability. This would be my recommendation if you have a real interest in Astronomy.

If you are more about getting out and seeing things without having to learn much astronomy, then the Celestron StarSense Explorer DX 130AZ is for you. While approximately $75 more expensive than the Gskyer it has a serious advantage in that it can literally show you where to look for objects, helping you put them right in the middle of the eyepiece.

While the mount, scope, and accessories are not as good as the Orion, what you get in exchange is a nice telescope that has a dock for your smartphone. With the help of an app and this special dock, it can show you on your phone screen where to move the telescope to point it right at a target. And it has a ton of targets!

This is the telescope you want if you just want to go look at stuff and don’t care how you got there. Far cheaper than a “go to” which can move the telescope for you, this is more “push to” where it shows you on the screen where to push the telescope until you are dead on target. And it is scary accurate. 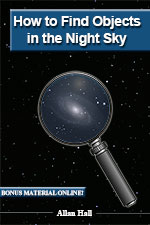 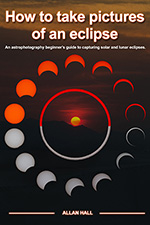 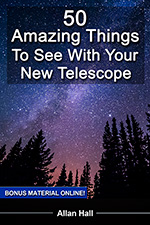 Please support this website by adding us to your whitelist in your ad blocker. Ads are what helps us bring you premium content! Thank you!